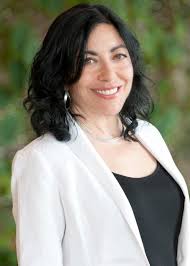 Our second CS Women group lunch had Jennifer Chayes, a head of Microsoft Research in New England and NYC, who was visiting UMass as a DLS speaker. It was funny as we were casually talking to Jennifer in the beginning, one of our students asked, “So do you work in MSR?” and she said, “Well, I run it. :) “

Needless to say that she was a wonderful woman who was nice, friendly, charismatic and inspiring, we had a lot of fruitful discussions that even led our usual lunch time running longer than the usual. I will try to recap the discussions we had today.

As Shiri brought up one of the sessions provided at GHC that was about stereotype threat, Jennifer introduced one interesting story called ‘Whistling Vivaldi’ from a book that she recently read. It was a story about this guy named Claude Steele, who was an African-American student at University of Chicago. He noticed that every time he walks by the street, he realized that other people viewed him as some other outsider that they should be afraid of, rather than as one of them. He thought about what he can do to make them view him as the same member of the community, he started whistling Vivaldi’s music whenever he walks around, and it worked. People who heard the whistle stopped viewing him differently. Then what can we do to deal with such stereotype threats in our cases? What would be our “Vivaldi Whistling” as minority women in mathematics and technology?

Jennifer also explained to us that in the book, the author asserted that in order to reduce the negative effects of stereotype, a mentor/advisor/boss’s role is also very important. His advisor viewed him as a capable and competent individual rather than a minority black student, and that helped him feel secure and confident, which essentially led him to show better performance. This sounded like a message that can be useful for faculty too. I personally have the best advisor I can ever ask for, so I completely understood what the author meant by that.

We also talked about what happened to Satya, the Microsoft CEO, at GHC. He recently had a lot of criticism by saying that it’s better not to ask for raise for a better karma for a question that how women should ask for raise. There were so many news articles that spotlight his rather careless remark and when the heat went up, there were people who asserted that Satya should resign. Microsoft’s stock dropped 6% that day.

Jennifer said that given that he apologized immediately later, it looked like an innocent mistake, that he was probably thinking about the time back then he didn’t ask for his raise. But most importantly, she expressed her worries that because of his slip and harsh criticism that follows, this would make other males afraid and shy about coming to places like GHC and speak. Because people go home changed at places like GHC. It’s very different than reading about these issues at home but seeing, talking, and interacting with these women and listening to the real problems. We want more males to come to GHC and go home changed, and it’s truly important to have male allies to make changes together.

The discussion shifted to the importance of having male allies. It’s so much easier to make changes if they spoke for women too. In her case, her husband Christian Borgs, who is also a managing director of MSR New England and sincerely cares about these issues, helped making many changes to hire more women researcher in the center. So instead of treating other male workers as “enemies” who probably act upon an implicit biases rather than malicious intentions, helping them to see the problems and incorporating them as our allies is a very important issue.